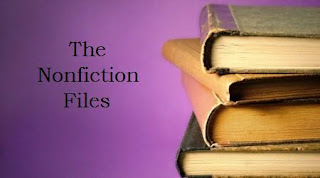 When I left the book last week, William Lobdell in the middle of a serious crisis of faith, brought on by his experiences as a religion writer for the LA Times. Now, at the end, Lobdell has come to believe that there is no God - at least, no personal, atttentive God interested in the lives of humans. (I don't really feel like that's a spoiler - after all, the book IS called Losing My Religion.) How he got there is the focus of the final segment of the book, and it's a journey that is painful, but ultimately healing.

Heartsick from stories of horrific abuses by church leaders, Lobdell decides to test the church by its followers - surely, Christians will behave better than the rest of the world - he will test the truth of Christianity by the actions of believers. What he found devastated him. Using data collected by several research groups, including a group run by evangelical Christians, he discovered that Christians divorce at a slightly higher rate than athiests; are more racist, more infected with sexually transmitted diseases, and less likely to give money to the poor.

Lobdell then begins to study other people of faith who had a "dark night of the soul" experience - a feeling of abandonment by God, and crisis of faith. Reading the works of St. John of the Cross, St. Therese of Lisieux, and Mother Theresa, Lobdell started to process his feelings of disillusionment and distrust. He began a series of email conversations with a pastor of a Presyterian church, asking him all the difficult questions he could possibly think of. The pastor answered them all with remarkable honesty, but Lobdell realized all the answers in the world wouldn't make a difference. He no longer believed in God.

"I saw now that belief in God, no matter how grounded in logic and reason, requires a leap of faith. Either you have the gift of faith or you don't. It's not a choice....I just didn't believe in God anymore, despite my best attempts to hold on to my beliefs. Faith can't be willed into existence. There's no faking if it you're honest about the state of your soul."

Lobdell closes by assuring readers he made the right decision - he has peace about things that caused him great doubt during his period of faith. And he tells us what has taken God's place - "A tremendous sense of gratitude. I sense how fortunate I am to be alive in this thin sliver of time in the history of the universe. This gives me a renewed sense of urgency to live this short life well. I don't have eternity to fall back on, so my focus on the present has sharpened."

This was often a difficult book for me to read. I've been through a disillusionment of my own with a religious leader, and while not as distressing as what he witnessed, it took a long time for me to reconcile my faith with what happened. However, I there is one point Lobdell makes that I do take exception with - he says that having faith is not a choice. I believe it is. I believe that my relationship with God is much like my relationship with my husband - initially, it was all emotion, and feeling, and warmth, and love. And then, at some point, that fades away. Sometimes it is still there, but often that intensity is gone. Sometimes, I'd rather not have to deal with it. Sometimes, I'm downright angry. And it is in those times - when it is the last thing I want to think about doing - I choose that relationship. I choose it in spite of what might be easier, or feel better. I choose it because I believe, deep down, that it will be worth it.


Lobdell talks about the writing of his initial story, which turned into the book, and how he purposefully set about to be as honest as possible with his experiences. "As people pour out their hearts during a bout of honesty - sometimes revealing horrendous behavior - they always become more human, sympathetic, and lovable...I found myself going back and rewriting passages several times, trying to be more honest and penetrate my feelings more deeply with each pass..." It is that honesty that made this story so compelling. Lobdell shows us his entire journey - the good parts, the bad parts, the parts that make him seem like a hero, and a heel - in a manner that seems like sitting down at a cafe with him, hearing him talk over a cup of coffee.

This is a book I highly recommed. You might not agree with everything the author says - you might not like his choices or his conclusions - but I think you will respect the road he took to get there. I feel challenged, and honored, that I shared this journey with him.

We cannot really argue whether his conclusion was correct or not. But what I do like, is his sentence "to live this short life well". This is what faith in every religion teaches us ultimately. Glad you enjoyed the book Elizabeth.

Beautiful review, you really express yourself well in regards to how you feel about the author's response to his situation.

Violet - you are right, we can't argue about his conclusion being "right". I was more taking issue with his assertion that faith was not a choice, because sometimes I believe it is. But I certainly respected his journey.

Zibilee - thanks. Sometimes I worry I ramble a bit too much! I'm glad it came out alright.