The State of the Stacks - Best of January edition 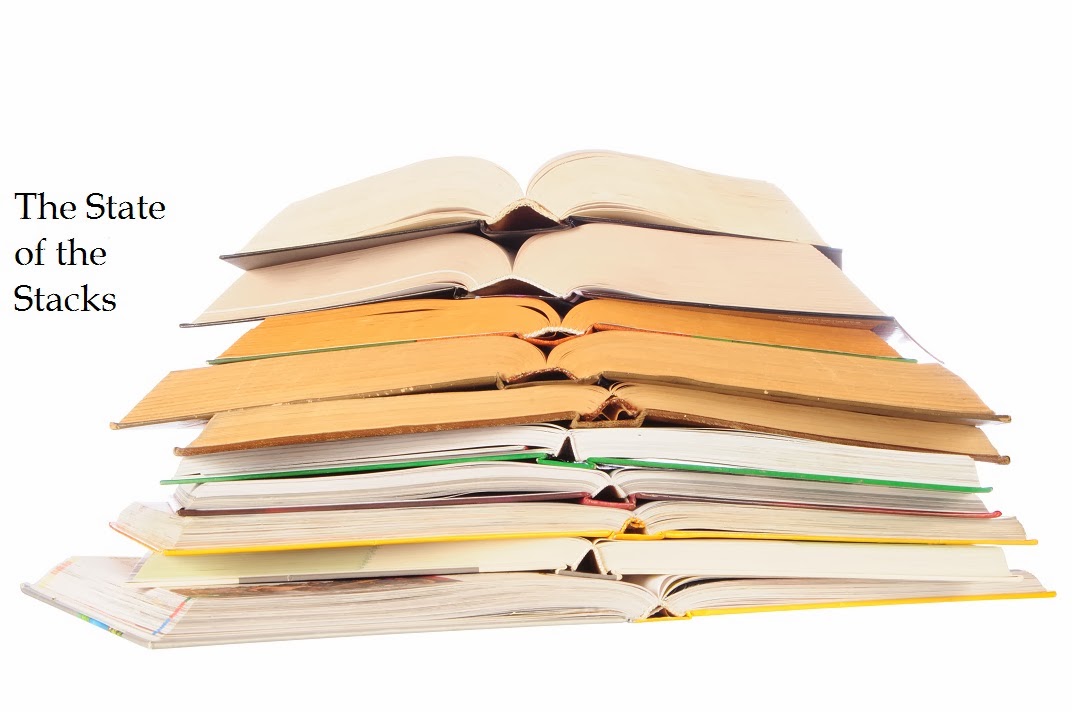 You knew you wouldn't be rid of me for long, right??


While I am still enjoying the freedom of not feeling like I have to blog about every single book I'm reading, I do miss talking about the ones that have made a significant impression - the stories that have engaged my mind or my emotions in a particular way. So to ease myself back into the blogging world, I'm going to start with a "Best Of" each month, and see where that leads. I knew I couldn't stay away for TOO long.....

Sussex, England. A middle-aged man returns to his childhood home to attend a funeral. Although the house he lived in is long gone, he is drawn to the farm at the end of the road, where, when he was seven, he encountered a most remarkable girl, Lettie Hempstock, and her mother and grandmother. He hasn't thought of Lettie in decades, and yet as he sits by the pond (a pond that she'd claimed was an ocean) behind the ramshackle old farmhouse, the unremembered past comes flooding back. And it is a past too strange, too frightening, too dangerous to have happened to anyone, let alone a small boy.

Forty years earlier, a man committed suicide in a stolen car at this farm at the end of the road. Like a fuse on a firework, his death lit a touchpaper and resonated in unimaginable ways. The darkness was unleashed, something scary and thoroughly incomprehensible to a little boy. And Lettie — magical, comforting, wise beyond her years — promised to protect him, no matter what.

This was just gorgeous. I don't know if listening to the author read his own work enhanced the story, but it was breathtaking. Lettie Hempstock is smart and capable and funny - a terrific heroine. The story is a genuine nail-biter, but it's not even the story that is the remarkable thing - it's the idea of the magic that is inherent in childhood, and the lengths we go as adults to forget. It's a book about memories, and magic, and friendship, and it is unforgettable. Highly recommended.

In the aftermath of a colossal battle, Daenerys Targaryen rules with her three dragons as queen of a city built on dust and death. But Daenerys has thousands of enemies, and many have set out to find her. Fleeing from Westeros with a price on his head, Tyrion Lannister, too, is making his way east—with new allies who may not be the ragtag band they seem. And in the frozen north, Jon Snow confronts creatures from beyond the Wall of ice and stone, and powerful foes from within the Night’s Watch. In a time of rising restlessness, the tides of destiny and politics lead a grand cast of outlaws and priests, soldiers and skinchangers, nobles and slaves, to the greatest dance of all.

Okay, full disclosure - I didn't technically finish this one in January. BUT, I read MOST of it that month, so it's a January book. And it was a doozy. This is a series for people who really LOVE this genre - it is destined to be considered one of the great fantasy series of all time, and for good reason. Martin's world is complex and all-encompassing, and each book - even the volumes (like #4) that are not the best are still pretty darn good. HOWEVER. I am beginning to worry that Martin has too much going on - that there will be too many plot threads to bring together - and that the series will ultimately end and feel unsatisfying.

That said, I am all in for the ride. I've invested too much time not to follow this story to it's completion. And even though this book left me feeling unsettled, it was still a darn good adventure. If you enjoy fantasy and you haven't started this series - well, at this point, wait until Martin gets around to finishing the last two books. But really, it's too good to miss. Recommended for series fantasy fans.

It begins with a boy. Theo Decker, a thirteen-year-old New Yorker, miraculously survives an accident that kills his mother. Abandoned by his father, Theo is taken in by the family of a wealthy friend. Bewildered by his strange new home on Park Avenue, disturbed by schoolmates who don't know how to talk to him, and tormented above all by his unbearable longing for his mother, he clings to one thing that reminds him of her: a small, mysteriously captivating painting that ultimately draws Theo into the underworld of art.

As an adult, Theo moves silkily between the drawing rooms of the rich and the dusty labyrinth of an antiques store where he works. He is alienated and in love — and at the center of a narrowing, ever more dangerous circle.

Donna Tartt is becoming a go-to author for me when I want troubled characters and immersive worlds that are a million miles away from my own experience. Theo's journey is long and twisty, but ultimately worth the time invested. More than just the story, however, is the examination of fate - are we born destined to a path? Can we change who we are, or is our character - good or bad - set at birth? Thought-provoking and memorable, but also L.O.N.G.  It's a book you have to be fairly invested in to finish. Recommended to readers who are willing to put in the time - I found it to be worth the read in the end.


So there you have it - the highlights of my reading in January. I'll be back soon to give you my most memorable reads of February. Let me know if you agree - or disagree - with any of the books I've highlighted. It's good to be back!