The founding father, the hip-hop soundtrack, the hype, the acclaim - this isn't news, right? 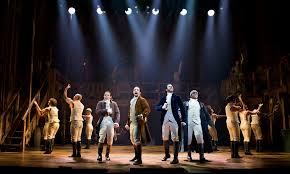 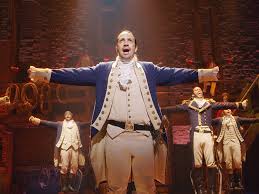 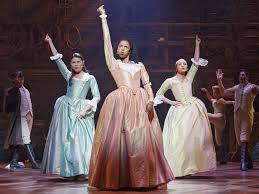 I think I came to know of Hamilton late. I actually stumbled on the Ham4Ham videos on Youtube first, and wondered what in the world was going on? Then, through some research and my friend Google, figured out it was a bit of a phenomenon. Then found the soundtrack, and the rest was history. I am officially on this bandwagon, friends, and I don't think I'll be jumping off any time soon.

I've always been a sucker for a good musical. My mom was active in the local community theater when I was growing up, and I can remember the first time I fell in love - she brought me along to help with costumes for the summer production of Camelot, and I was hooked. In junior high, a friend gave me a copy of the soundtrack of Phantom of the Opera, along with the entire (photocopied) libretto, and my goal officially became to be as amazing as Sarah Brightman. (Spoiler alert - I didn't have the pipes.) 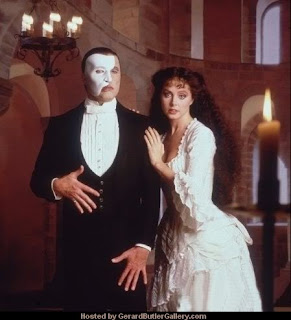 So let's just say I was overdue for a new musical obsession.

I started watching the Ham4Ham videos, and listening to the soundtrack, and fell more and more in love with this funny, evocative production.


The cast performed at the White House, and the importance of the intersection of those pieces of history are not lost on me.


I purchased my own copy of Hamilton: Revolution (aka the Hamiltome), choosing for my pleasure the audiobook, and devoured Mariska Hargitay and Lin-Manuel Miranda telling the story of how this amazing show came to be on Broadway. 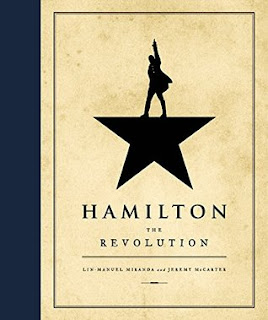 I will say, honestly, that if you are not a huge fan of 1. The Musical and 2. Broadway, this is probably not the book for you. It's lots of the inner workings of bringing a show to production, and how the cast is chosen, and while I find those kinds of stories fascinating, I am aware that they have a bit of a specific appeal. I thought Markiska Hargitay did a fantastic job as narrator - she just sounds like New York, to me, which is perfect for the story of a musical set in New York, coming to New York. I cried.

I am more and more in awe of Lin-Manuel Miranda every time he does another thing. I've been enjoying his Ham4Hams, of course, and his Twitter feed is genuinely entertaining. But reading about his process - about the technical and musical knowledge and skill that he brought to the writing of Hamilton; about his evident love for both musical theater and hip-hop, and the ways he weaves both into his work - this guy is the real deal. I am all in for whatever he chooses to do next, because I can't wait to see what his brain will come up with.

And more than all that - Hamilton: The Musical has ignited my interest in Hamiltion: The Dude - I've just secured a copy of the Ron Chernow biography of Alexander Hamilton that started this whole thing, and I'm compiling a list of biographies of the other major players so I can read and learn more. A musical that compels me to dig into the actual history of our country? Not bad.

I can't be the only one on this bandwagon, right? Are you a Hamilton fan? Bemused observer? Not yet sure what is going on? What else should I read now that I'm obsessed with the man? Give me ideas, friends!! 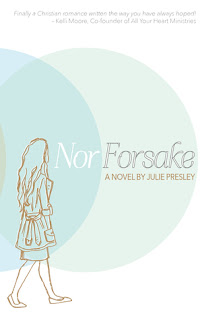 Nor Forsake by Julie Presley
to be published June 17, 2016

Libby Abbott leads a seemingly charmed life: she works from a beautiful home in a rich neighborhood as an aspiring author and has a handsome and successful husband who supports her dreams. But behind closed doors are the suspicions of infidelity, failed pregnancies, a writing career that's virtually non-existent, and a heart that is so far from God, she's not sure she knows the way back. When Libby's short story and headshot land on the desk of literary agent, Jason Randall, he is intrigued by the grace with which she handles her characters and her stunning smile. He's convinced that she's his next best-selling author. Publishing is the last thing on Libby's mind, but Jason's eagerness to see her succeed pushes her in a direction she never thought she'd travel again -towards the God of her youth, who dares her to embrace life amidst all of the chaos.


I'm just going to be honest - Christian romance as a genre is not my jam. The storylines are so predictable - the main characters so sweet and pure I need a trip to the dentist - and the romance? Well, let's just say it's generally as sterile as a bottle of hand sanitizer. Like I said.....not my jam.

So imagine how thrilled I am to discover an author who write romance novels with real romance - like, the kind the gives a girl more than a few butterflies in her stomach - with characters I actually LIKE, stories that surprise me as I turn the pages - and in the Christian genre??? It's almost unbelievable - and yet, it's completely real.

Nor Forsake is the second novel I've read by Julie Presley, and with it she has cemented her spot as my favorite Christian fiction writer. Libby is an absolute delight of a character - warm, funny, smart, but with just enough insecurity and sass to make her feel real and authentic. I am already a sucker for a good novel set in the literary/publishing world, and Nor Forsake adds the romance of New York City as a backdrop for Libby's story. And the romance - yep, it has heat, which is sadly missing in so many Christian romance novels, but it's still a book you don't have to feel bad about recommending to your mom, or your 16-year-old daughter.

I'm such a fan of this author. Her books feel like a breath of fresh air, a cozy blanket on a chilly evening, a good conversation with a trusted friend. I cannot recommend her work enough.

Thinking maybe $4.99 is too much for an untested author?? Grab a FREE copy of Julie's first novel, Stones of Remembrance, at her website!!   (Wait for the box to pop up to snag your copy...)

Posted by Elizabeth at 4:00 AM No comments: 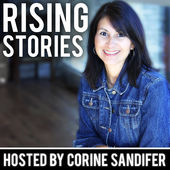 My friend Corine has a podcast! It's called Rising Stories - each week she talks to a sucessful female business owner, entrepreneur, or author. They talk about being in business for themselves, the elusive work/life balance, and what's rocking their world. I love listening to women's stories, and this podcast feels like eavesdropping on a conversation between girlfriends. I'm loving it so far!! (Click on Corine to be taken to her podcast website - click on Rising Stories to be taken to the ITunes page.)


Still loving Hamilton, and since yesterday was "May the Fourth Be With You", this parody seemed appropriate....