Today I am thrilled to welcome Heather, better known to the blogging world as Zibilee, to 451 Fridays. Heather blogs at Raging Bibliomania, and is one of the blogs I've been following since the very beginnings of my own blogging journey. She reads a fantastic variety of books, and is also one of the best commenters in the blogosphere. I'm so glad she's here today - welcome, Heather! 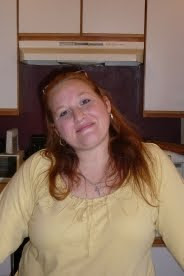 Elizabeth, thanks so much for welcoming me here today. I love this feature and hope to be able to do it justice with my choices. There are many books I think worthy of saving, so I had a little trouble picking the top five that I thought would be most important not to lose. My list reflects the books that have changed my life in some way, and have impacted and shaped my tastes in my further reading.

Not only was the writing hypnotic, the complex and intricate story in this book tells the tragic tale of what can happen when someone's preconceived notions and mistaken perceptions cloud an otherwise innocent exchange, and the horrible consequences of that mistake. Certain sections dealt with the atrocities and unexplainable evil of war and the madness that the circumstances of combat can inspire. This book was an emotional powerhouse and it's conclusion was heartbreaking. Even thinking about it now makes me a little teary. I think it was amazing what McEwan was able to do with this short book: essentially, he took one incident and tracked how it ruined so may lives, in so many differing ways, and he was able to invoke tremendously powerful emotions. I think this book should definitely be saved because of the heart-rending quality of the writing and the inexpressible sadness and beauty of it's story. It also has one of the most unforeseen and devastating conclusions that I have ever read, and for the ending alone, it deserves a place on this list.

Fingersmith is the story of two girls. The first, Sue is convinced by her band of outcasts to help cheat a young woman out of her fortune, and when that is done,to throw her into a madhouse. Maud, the bookish young woman whose fortune is at stake, finds herself drawn to Sue, which makes Sue have second thoughts about her plan. This book had one of the most fantastic twists I have ever read in literature, and there was not an inkling to give it way. It was moving and filled with drama, and had a most unconventional love story within it's pages. The writing was bold and the circumstances of the plot were not only unusual, but highly convincing. Waters managed to capture both tremendous darkness and chaos in this unpredictable tale, and her characters in this novel were schemers of the first order.

I think Dickens is a master at storytelling and character creation, and I consider this one of Dickens' best. Great Expectations tells the story of Pip, the poor boy who wants to be a gentleman, and the mysterious benefactor that makes this dream come true for him. But although Pip becomes a gentleman on the outside, he has trouble becoming one on the inside. I think this book had the most amazing cast of characters I have ever seen in one place, from the violent Magwitch to the seriously disturbed Miss Havisham. In terms of character portrayal, this book excelled. There were some amazing twists and turns in this story, and I was left puzzling it all out until I turned the final page. I should also mention that the book was raucously funny at times, and it's ironies, satires, and symbolism make it not only a great read, but one that can be dissected and discussed at great length... if you're into that sort of thing. :)


A Confederacy of Dunces by John O'Toole

A Confederacy of Dunces seems to be a very polarizing book. Most either love it or hate it. I fall into the former category. This is the story of man who may possibly be the most annoying character in all of literature, Ignatius Reilly. Ignatius is a grown man who lives at home with his mother and spends most of his days, well, being annoying and filling up his personal notebooks with endless tirades against almost everything. All his mother really wants is for Ignatius to get a job and be a normal man, something that he can never seem to do. This book had spectacular moments of humor and some rather startling insights, and I thought Ignatius was a magnificent character. It was an interesting experience to both loathe and love him throughout his unlikely set of adventures. It's a stunningly original work of fiction that dealt craftily with a most unsavory man. This book was found and published posthumously, after the author took his own life, which I find incredibly sad, and which makes this book all the more precious. An astonishingly clever book.

A book that continually startled and amazed, Geek Love tells the story of a family of circus freaks that will do anything to ensure their strangeness, including imposing genetic modifications on their unborn offspring. At times dark and incredibly twisted, this story was a melting pot of the fantastically bizarre, and had some really unparalleled characters. It also had a hell of a villain, in the form of a devilish boy born with flippers instead of feet. It was a malevolent story, rich with with weirdness, and I have never read anything quite like it. It is an incredibly well crafted book, both suspenseful and frightening. Geek Love is a book that I don't think many people have been exposed to, and it's been one of my favorite books for years now.


If I could choose to be one book, it would be A Confederacy of Dunces, because a world without Ignatius Reilly would be a little smaller, and a little colder.

Some quotes from A Confederacy of Dunces: "It's not your fate to be well treated," Ignatius cried. "You're an overt masochist. Nice treatment will confuse and destroy you."

"My respiratory system, unfortunately, is below par. I suspect that I am the result of particularly weak conception on the part of my father. His sperm was probably emitted in a rather offhand manner."

"How old is he?" the policeman asked Mrs. Reilly. "I am thirty," Ignatius said condescendingly. "You got a job?" "Ignatius hasta help me at home," Mrs. Reilly said. Her initial courage was failing a little, and she began to twist the lute string with the cord on the cake boxes. "I got terrible arthuritis." "I dust a bit," Ignatius told the policeman. "In addition, I am at the moment writing a lengthy indictment against our century. When my brain begins to reel from my literary labors, I make an occasional cheese dip."

Heather, thank you so much for taking the time to share with us YOUR list of books which must be saved.

I'm always looking for more participants - if you are reading this and would like to share your 451 list, please let me know!
Posted by Elizabeth at 5:14 AM

(Diane) Bibliophile By the Sea said...

I'm not one to save books after I've read them. I have to agree that Fingersmith and Great Expectations were great books. Cool feature.

Of course I knew Heather's list would be amazing! Atonement and Fingersmith are already on my shelves to read, but I clearly need to get on that soon. And so funny that the Geek Love author wrote a blurb on the back of the book I am reading now. Great selections, Heather :-)

Elizabeth, Thanks for inviting me to come and share!

Heather is so cute! I loved Confederacy of Dunces too.

Fingersmith is on my list to read next year for sure for one of my challenges.

I've only read one McEwan book and didn't really care for it, but still want to get to Atonement someday.

Great job, Heather. I especially liked how you described Great Expectations. You have excellent taste in literature.

Elizabeth, you have a terrific blog!

Great Expectations by Charles Dickens is one of my favorite classics. I love that she chose to be the Confederacy of the Dunces! Great quotes!