Rustle is a scout, part of a group of five young women trained to be soldiers. They live on Earth, but their landscape is vastly different from what we know. After a race of aliens called ScanMans invaded the planet, killing all human adults, the children were left behind. Taken and reprogrammed with new memories implanted, they believe that they were Found, rescued by the ScanMans from their horrible previous lives. Some of the children were killed, some used for experiments. Some, like Rustle, were trained to be warriors and assigned to a Pod.

Each Pod does everything together - trains, eats, sleeps, even occasionally plays. There are no children anymore; the ScanMans exterminated all males, so only females are members of Pods. Pod members are one another's family, so close that they can sense each other's thoughts. Within Pods, some members form couples and are "fused" to each other. Rustle and Loo are fused - each loves the other with an undying love. But when strange changes begin to happen to Rustle both physically and emotionally, Loo is afraid to question her about it. Pod members who start to Deform are taken to the Living Lab, and they are never seen again.

Rustle is not the only one who is changing, however. Her Pod mate Roku has been acting strangely also, and one night confronts Rustle about the changes she is experiencing. Rustle, too afraid to talk to anyone about her condition, shuts Roku out. The next day, Roku is gone. Rustle wonders if, pe 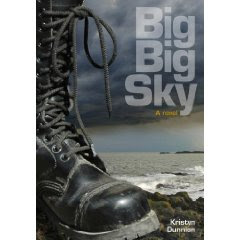 rhaps, that was her last chance to confide in a sympathetic soul.

When Roku's disappearance is noted by the ScanMans, their Pod is called to the Living Lab for questioning. Knowing that her changing condition will be discovered, Rustle panics and allows Loo to see, for the first time, her altered state. When they accidentally stumble upon their own fakies - genetically programmed reproductions of themselves - they know they are destined to be Deplugged. Rustle and her Pod mates stage a daring escape, away from the Living Lab and into the wildness of Earth.

Once outside the confines of the ScanMans holdings, their Pod leader, Shona, is revealed as the person who betrayed them. On their own and struggling to survive, Rustle and Loo are separated and must learn to survive on their own. Knowing the ancient stories of settlements of people living apart from the ScanMans influence, both decide to try to make their way to civilization.

Rustle is recaptured by the ScanMans and taken back to the Living Lab, where unspeakable things happen. Loo is rescued by Roku, who has undergone changes of her own, and the two struggle to find the settlement. Fighting for their very survival, the three Pod mates must try to learn the rules of their new world and, perhaps, make their way back to each other.

Kristyn Dunnion's Earth is a very scary place. Completely taken over by the alien race, nothing seems familiar, and the reader is required to immediately acclimate to a host of different scenarios. Even the language is different: wary scary, blaaty whafa, obeyence, mindcore - these are just a sampling of the new terminology liberally distributed throughout the story. Dunnion does not allow for a learning curve but immerses the reader in her strange, new Earth completely on page one. This sets the tone for her bleak, dystopian landscape and the horrors the three young women discover.

Dunnion shifts the narrative between each of her main characters, allowing the reader to see the story through different sets of eyes. Her unique writing style fits the characters, and the transitions between narrators is seamless.

is an incredibly difficult book to put down. Dunnion's narrative is fast-paced, and each page brings a new challenge. Rustle, Loo, and Roku are all smart, funny, and sympathetic. Once introduced, the reader can't help but want to know what happens next. As each young woman discovers something new - about her past, about the truth of their lives with the ScanMans, or about her own true personality - she becomes more and more real, and by the end of the novel they all feel like friends. This excellent novel is highly recommended for fans of science fiction and dystopian narratives.


Elizabeth Schulenberg/2009 for curled up with a good kid's book
Posted by Elizabeth at 10:30 AM