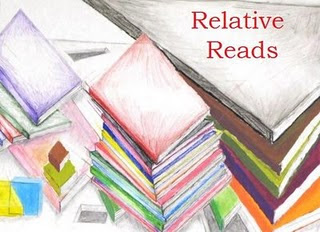 I was given the great fortune of growing up in a family of readers. Both of my parents read, and so do the majority of my aunts, uncles, cousins, and grandparents. In fact, my Great-Grandma had cataract surgery in her 90's, because she couldn't bear to not be able to read. I thought it would be interesting to read some of the books THEY have discovered and enjoyed over the years, so I asked them to send me some recommendations, and the fun began! I
have a list of the titles various family members have suggested on the side of the blog, so if you want to see what will be coming up you can take a peek.

It's interesting how much faster I was able to read the last part of this novel. The first section took me almost a month, the second section a couple of weeks, and this third section just a few days. It might have been that I just had more reading time than usual, but I think it also has to do with the pacing of the novel - the author started out slowly, introducing the reader to his wide and varied cast of characters, allowing time to begin to understand the politics of the legal profession, and really taking his time in the early parts of the novel. It wasn't until 2/3 of the way through that I felt like I was reading a true legal thriller, and then once the story gained momentum it was impossible to stop.

This is not a mystery that you will be able to figure out halfway through the novel, so if that is your favorite part about thrillers you will be disappointed here. Carter doles out his clues sparingly, never giving his readers all the information they need until the very end - and even then, he leaves a bit of ambiguity - Misha says, "I have long been comfortable living without perfect knowledge..." (p. 653), and I think Carter purposefully leaves a few loose ends, choosing not to wrap up his package with a neat little bow.

He also doesn't give anyone a happily ever after ending - as in real life, when relationships are damaged, they take time to repair, and Misha has done a lot of damage in his life. Watching him take the first steps toward fixing his mistakes - and choosing to forgive mistakes done to him - is an integral part of the resolution of his story.

This is a really good book. It's not easy, and if you choose to tackle it you will have to be willing to be patient, and read carefully. But I know it will be one that stays with me long after I have turned the last page, and I also think it will be a novel that will stand up to re-reading, maybe even becoming richer the second time around. I do recommend it - this novel won't be for everyone, but the skillful reader will find it to be a very rewarding experience.

I often find the beginning of books of this genre to be slower paced, but as soon as I reach the climax, things really begin to speed up for me, and I can't put the book down. It sounds like that is what happened here, with you. These were great progress reviews, and I am glad that you liked the book!

I imagine you were caught up in the story by the end. This sounds great!

Well, although I appreciated the writing in this book, I really never got into the characters. Only the little boy and Rev. Morris Young resonated with me. I had to work pretty hard at reading this one which is unusual for me. I agree it picks up in pace as it goes along, but by that time I had almost stopped caring about the "mystery" part of the plot.

Zibilee - This definitely had more than your average "character building" segments - there was a LOT of monologue without action.

bermuda - it was very good, but definitely a commitment.

Leah - I understand what you mean about the characters not resonating for you. This isn't normally the type of novel that would work this well for me, but this time it really did.